When Do You Have a New Coach?

In our family home all four of us have our own collection of books totalling nearly two thousand in all. The best thing about having all these books at home is that I can borrow from these very local libraries whenever I want. Today I search for a business topic in my husband’s collection and I  noticed  John Maxwell’s “Developing the Leader Within You”. The book is about ‘the difference between a manager and a leader, which is one of the appealing management topics for me. I didn’t even have enough time to  skim through the book. So I just read the introduction. On the second page of the introduction, I was enthralled to read the following anecdote:

During a sales meeting, the manager was berating the sales staff for thier dismally low sales figures. “I’ve had just about enough of poor performance and excuses,” he said.”If you can’t do the job, perhaps there are other sales people out there who would jump at the chance to sell the worthy products that each of you has the privilege to represent.” Then, pointing to a newly recruited, retired pro-football player, he said, “If a football team isn’t winning, what happens? The players are replaced. Right?” The question hung heavy for a few seconds; then the ex-football player answered, “Actually, sir, if the whole team was having trouble, we usually got a new coach.”

Think about your career and work experience. There have been times you seem to be successful and there have been others when you seem to have failed dismally. Don’t forget how you perform is a reflection of the coach you receive your game plan from. 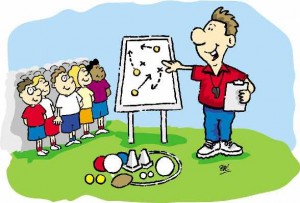 Sadako and the Thousand Paper Cranes

There are two types of book readers. The first type starts reading a new book only after finishing the one they are on. The second type of reader is the person who reads many books at the same time. I am most certainly one of the latter. And not only do I read many books at the same time, but they are also often books covering a very wide range of topics. I would like to write about one particular book called Sadako and the Thousand Paper Cranes, one of the most impressive books that I have read recently. 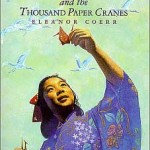 ……The afternoon Chizuko was Sadako’s first visitor. She smiled mysteriously as she held something behind her back. “Shut your eyes”, she said. While Sadako squinted her eyes tightly shut, Chizuko put some pieces of paper and scissors on the bed. “Now you can look”, she said. “What is it?” Sadako asked, staring at the paper. Chizuko was pleased with herself. “I’ve figured out a way for you to get well,” she said proudly. “Watch!” She cut a piece of gold paper into a large square. In a short time she had folded it over into a beautiful crane. Sadako was puzzled. “But how can a bird make me well?” Don’t you remember that old story about the crane?” Chizuko asked. “It’s supposed to live for a thousand years. If a sick person folds one thousand cranes, the gods will grant her wish and make her healthy again.” She handed the crane to Sadako. “Here’s your first one.” Sadako’e eyes filled with tears……. 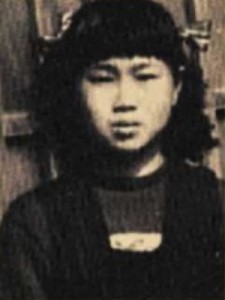 Like the extract above, the whole book is very impressive. Sadako Sasaki is a little girl who lived in Japan from 1943 to 1955. She was two years old and living in Hiroshima with her family when US Air Force dropped an atom bomb on the city in an attempt to end World War II in 1945. Ten years later, she died from leukemia which she developed as a result of radiation from the bomb. Six hundred and fourty-four was the last paper crane before she went to sleep forever. Her classmates folded 356 cranes so that 1,000 were buried with Sadako. After the funeral, Sadako’s classmates collected Sadako’s letters and her journal and published them in a book. They called it “Kokeshi” which was the name of the Sadako’s doll they had given to Sadako while she was in hospital. The book was sent around Japan and soon everyone knew about Sadako and her thousand paper cranes. In 1958 a statue was unveiled in the Hiroshima Peace Park. There is Sadako, standing on top of a granite mountain of paradise. She is holding a golden crane in outstretched hands. A Folded Crane Club was organized in her honor. Members still place thousands of paper cranes beneath Sadako’s statue on August 6 – Peace Day. They make a wish, too. Their wish is engraved on the base of the statue: “This is our cry; This is our prayer; Peace in the world!”

The author of the book is as interesting as the book. Eleanor Coerr, the author of Sadako and the Thousand Paper Cranes, was born in Canada. Her fascination with Japan began when as a child she received a book about Japan one Christmas. Eleanor began her professional life as a reportor and editor. Luckily she traveled to Japan in 1949 as a journalist since none of the other staff wanted to go to a country devastated by war. To learn Japanese, Eleanor lived in Japan for almost a year. Her most difficult trip was to Hiroshima as she was shocked by the horrible destruction by one atom bomb. In 1963 Eleanor revisited Hiroshima and saw the statue of Sadako in the Hiroshima Peace Park. She was very much impressed by the stories she heard about Sadako. Eleanor was inspired to find a copy Kokeshi, Sadako’s autobiography. Years passed but she couldn’t find a copy until she met a missionary who lived in Hiroshima all through the war. When she had the original Kokeshi, Eleanor rushed to translate it properly and began writing “Sadako and the Thousand Paper Cranes”. The book was first published in 1977 and has been translated into many languages. It has become a more powerful way of saying more than two hundred thousand people died in Hiroshima and Nagasaki. The story continues to inspire millions for lasting peace in the world. 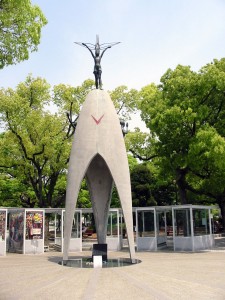 Memorial Statue of Sadako in Hiroshima

Each statue, symbol or ritual has a story including the ones in the organizations. Nowadays, I have one more reason that makes travelling to Japan special for me; I would like to visit the Sadako statue in the Hiroshima Peace Park and make a wish for the peace.  What would be your special reason that make you go to work tomorrow? 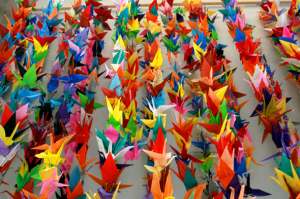