Pygmalion in the Workplace

During my undergraduate studies, one of the things I found most compelling about my psychology classes was learning about experiments and their results. In most cases, these experiments were designed as longitudinal studies and conducted against a control group. They were excellent guides to explain human behaviour. Some of the experiments were conducted with children and the results had helped to shape or redefine new approaches to education that were or would be applied.

One of the most interesting experiments that affected me was one with school children conducted by social psychologists Rosenthal and co-worker Jacobson in 1968. In the experiment, the positive and negative effects of expectations and prejudices on children were tested. Rosenthal and Jacobson gave an intelligence test to all of the students at an elementary school near the beginning of the academic year. Then, they at random selected 20% of the students without any consideration of their test results. They reported to the teachers that these 20% of students were showing unusual potential for intellectual growth and could be identified as academic bloomers during the academic year.

Near the end of the school year, they came back and re-tested all students with the same test and the degree of change in IQ was calculated for each child. Those labelled as intelligent children, for whom the teachers expected greater intellectual growth showed significantly greater improvement in the new test than the other children who were not singled out for the teachers’ attention. This means that the change in the teachers’ expectations regarding the intellectual performances of children had led to an actual change in the intellectual performance of these randomly selected children. This phenomenon, in which expectations placed upon humans lead to a better performance, is called the Pygmalion or Rosenthal effect. 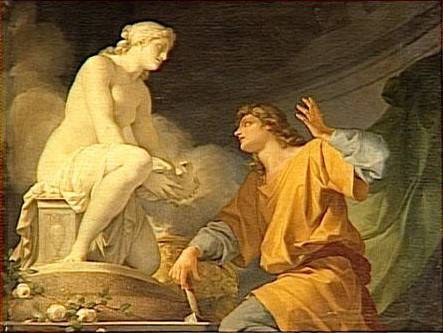 The name Pygmalion comes from a Greek myth. A sculptor named Pygmalion falls in love with his creation.

Thirty-four years later, in 2002 Rosenthal continued his research with adults from different professional groups. He found out that expectations and prejudices don’t just affect children in the educational settings, they have the same effects on adults in numerous settings including business environments. While displaying expectations about employees, the difference which could be created with positive communications is worth taking into account since all human beings, children or adults – because of their nature – will produce results parallel to the value put on them.

References for your further reading:

3 Replies to “Pygmalion in the Workplace”