Having some short time-outs, I have been living in this lovely city for about thirty years, but there are still so many places which I have not yet explored. Istanbul is a city where you can always discover something new and come face to face with a novelty every single day. A resident of Istanbul knows some unwritten codes and rules specific to this city, which are mostly good to know things. You never want to say something negative about Istanbul, except one big issue “the traffic”. Sometimes I spend so many hours in traffic that I start thinking of these hours as time stolen from my life. While waiting for a radical city-wide solution for the traffic, one of the recent solutions I have found is listening to “audio books” while driving. These days, I am listening to the book “Where have All the Leaders Gone?” written by Lee Iacocca in 2007, the former CEO of Ford and Chrysler. 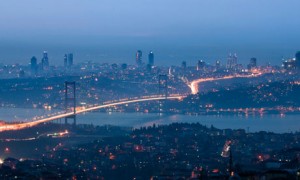 Istanbul, the only city in the world built on two continents. Photo by Osman Orsal, Reuters.

Lee Iacocca reads his book himself. It is a manifesto on American business and political life with also sincere reflections on his own life. The book is interesting as a whole but what has left the greatest impression on me is the chapter about his retirement. Despite a business life full of success, he admits that his transition to retirement was a real fiasco. After he retired, he left Detroit, the heart of the automotive industry where he had spent his whole life, moved to Los Angeles, bought an expensive house in a fancy district of L.A. He then tried to get into in golf, the most popular sport among American business man, but as he said “the golf bug didn’t bite me”. Soon he realized that it wasn’t golf, or any other pastime, that would make him wake up early in the morning, but “work”; “being active and engaged in life”. Iacocca defined the life-span simply in three phases:

According to him, retirement is the time for “returning”. Being retired and still having a meaningful life is possible with the virtue of returning. In order to achieve this, you should find something that has a meaning for you and this must be something “real”. The greatest fear of Iacocca and many of his fellows is having lives which are not worthy any more. He recommends that you can overcome your fears about the value of your life by returning back to society what you have learned and earned till then. Iacocca has been ‘returning’ ever since he retired through the foundations he has founded and supported, the books he has been written and the numerous voluntary activities he has been engaging in.

Having a meaningful life is a basic human need.  This need leads you to strive for a happier, healthier and longer life and whatever the life phase you are in or whatever your role is, there is a way to embed meaning to your life. It is just a matter of state of mind.

Remzi Kitabevi in Kanyon, Istanbul offers a wide variety of Turkish and English audio books. I have chosen my my next audio book. It will be “Blink” by Malcolm Gladwell.

My suggestions for further reading:

The Guaranteed Formula for Success

Everday in the morning, before I start the hustle and bustle of the day, I have my “to do lists” ready for me and covering all aspects of life: business, projects, kids, home, etc. Sometimes the number of lists I have and the number of items on these lists scare me as I feel like I am not going to get through it all.  The little story that I have read in Tom Peters’ recent book “The Little BIG Things: 163 Ways to Pursue Excellence” made me appreciate the benefits of living with my to do lists.

I have two notebooks to keep my to do lists and daily notes; one for business, the other one for personal stuff

A man approached J.P. Morgan, held an envelope, and said, “Sir, in my hand I hold a guaranteed formula for success, which I will gladly sell you for $25,000.”

“Sir”, J.P. Morgan replied, “I do not know what is in the envelope; however, if you show it to me, and I like it, I give you my word as a gentleman that I will pay you what you ask.” The man agreed to the terms, and handed over the envelope. J.P. Morgan opened it and extracted a single sheet of paper. He gave it one look, a mere glance, then handed the piece of paper back to the gentleman and paid him the agreed-upon $25,000. The contents of the note:

It is worth to start preparing your to do lists as the formula is so simple.

P.S. 1: Having to do lists is an important part of effective time management. For further reading, these sites will be interesting for you:

P.S. 2: Tom Peters is best known with his book “In Search of Excellence” (1982) which became a worldwide best-seller. His recent book  “The Little BIG Things: 163 Ways to Pursue Excellence” (2010) has also been viewed as one of the best management books. The book includes 163 tips which are validated through Tom Peters’ experience. 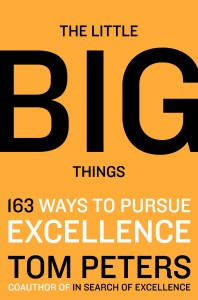 The three of us have been friends for over twenty seven years. Over the years first our spouses joined us and we became a group of six. Then the group further extended with the advent of children. Today we are a total of eleven.  The busy schedules of all six of us have forced us to plan gatherings months in advance. In line with our “social objectives”, last week we had a big dinner all together. We are all from different professions but the common ground we share is the number of years we have spent in business life and the roles we have had either as managers or as subordinates. So the discussions are always very interesting and lively.

This time after discussing various topics, we began to talk about management. One of us asked a series of questions about what good management is about. A deep silence descended as each of us felt a bit too anxious about giving a wrong answer. We suddenly found ourselves waiting for the correct answers from the person who was posing all the questions. The anxiety which made us all silent is because adults participate and learn only in some certain conditions. Since adult learning principles are a part of the “Train the Trainer” training program which I have been facilitating for years, I promised the group that I would make a compilation of adult learning principles and send it to them all. 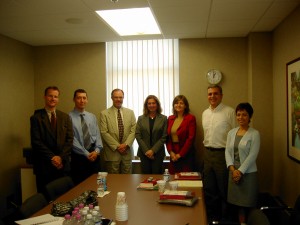 A great learning experience for me was my training visit to Mayo Clinic, Rochestor-USA in 2002. Acibadem Healthcare team with Mayo Clinic executives

Basically, adult learning is different from child learning which is known as ‘pedagogy’.  Learning principles, which are focused on adults, is known as ‘androgogy’. These can be summarized as follows:

A guide for adult learning in classroom training:

Looking forward to our next meeting, I feel that our lasting friendship makes us feel stronger in our learning journeys which started in the same classroom as teenagers and continues in the adult world. 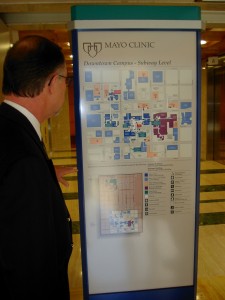 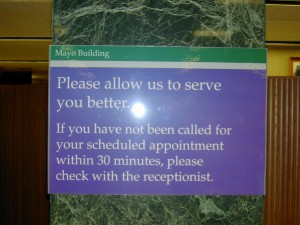 Mayo Clinic has been near the top of the “US News and World Report List of Best Hospitals” for more than 20 years. On-site experience increased my insights about Mayo Clinic service quality standards